Book Review - The Others by Anne Bishop

By Unknown - March 31, 2014
These wonderful, crazy, awesome friends of mine, keep recommending me too many great books and series to try. My to be read (TBR) remains disgusting long. The only way to ever complete it will be when I'm retired.  Our Saucy Wenches Goodreads Book Club decided to tempt me with a new series called The Others by Anne Bishop. To date there are two books in the series Written in Red and the recently released Murder of Crows. Both are riveting reads and have meant a few late nights to finish them as I can't put them down. Always the sign of a great read.

Written in Red from Goodreads: 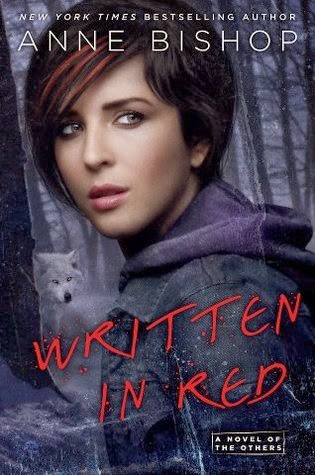 No one creates realms like "New York Times "bestselling author Anne Bishop. Now in a thrilling new fantasy series, enter a world inhabited by the Others, unearthly entities--vampires and shape-shifters among them--who rule the Earth and whose prey are humans.
As a "cassandra sangue," or blood prophet, Meg Corbyn can see the future when her skin is cut--a gift that feels more like a curse. Meg's Controller keeps her enslaved so he can have full access to her visions. But when she escapes, the only safe place Meg can hide is at the Lakeside Courtyard--a business district operated by the Others.
Shape-shifter Simon Wolfgard is reluctant to hire the stranger who inquires about the Human Liaison job. First, he senses she's keeping a secret, and second, she doesn't smell like human prey. Yet a stronger instinct propels him to give Meg the job. And when he learns the truth about Meg and that she's wanted by the government, he'll have to decide if she's worth the fight between humans and the Others that will surely follow.

Click through to find out why you should pick up this wonderful new series!

What makes this series a compelling read?

World building. Bishop has created a world that is both intriguing and scary if you are a human. A world controlled by The Others. They control resources, human populations and the land on which humans have built their cities in Thaisia. Each city has a Courtyard due to humankind being the creators of objects that The Others are captivated by, such as books, electricity, types of food, television, and videos among other things. Thus the Courtyards act as a gateway for The Others to access goods. The scary thing about this is that while The Others tolerate humans, in their eyes humans are meat. You can guess that they think humans are good for only one thing - eating. The Others are predators and humans the prey.

Interesting characters. The Others covers a very broad scope of what creatures can exist in this world. From crows to wolves to bears to Tess -- you don't want to meet her in a dark alley and I'll let you discover for yourselves what she is. She's pretty dangerous, but captivating at the same time.

Into this world stumbles one Meg Corgyn, with a bad hair dying experience under her belt. She's an innocent in many ways with her experience in life. Unlike some novels where I would find this off putting, as the story progresses through the two novels this aspect of her personality makes sense. What Meg Corbyn is, is valuable. She's property and someone wants their property back. Meg needs the safety of The Others and it's up to The Others to see if they can protect her. Meg has lived her life in captivity and as she goes through new challenges, we are there with her. Whether it's learning how to cook or how to interact with others, we find that as she interacts with The Others, their perception of humans (well some humans) starts to change. I'm on Meg's team and I want her to survive in this life she is trying to create for herself.

You know the Wenches love a good anti-hero and Simon Wolfgard is one such character. I don't know yet if he is the true hero of this tale, as it is a multi point of view (POV) book, but he is definitely intriguing. Early on we learn that Simon isn't above eating humans. I'm not giving anything away here except to say Humans=Prey.  But we've loved heroes who drink blood and do various other things like murder, mayhem, robbery, hoodwinking, so it's not unthinkable that Simon is very much an alpha male. Simon faces a challenge, besides the fact that Meg is a cassandra sangue and therefore very valuable, he walks a tightrope between getting those commodities The Others want, to running the Courtyard and ensuring humans remember who is really in charge. As the series is progressing this becomes a more difficult challenge.

Parts of the book reminded me of early European colonisation not only in the USA, but in other parts of the world. I'm unsure if this intentional or not, but it fits with some of the themes in Murder of Crows (which I don't want to give away) and that The Others is a human term. The Others call themselves earth natives and consider themselves at one with the world around them. They also want to protect the earth, as is clear when humans start to see other parts of Thaisia which used to be under the control of humans and were reclaimed by The Others.

Multiple POV. As anyone who knows me is aware, I love the multi POV format and Bishop does this well in the novels. Bishop is able to show the inner workings of the mind. How The Others are both fascinated with human technology, yet repelled by humans at the same time. Let's not forget this is a land that The Others allowed Human settlers to settle into pockets of. 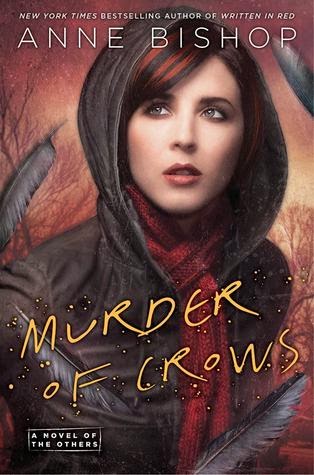 Out of the two books I have to say I liked Written in Red, slightly more than Murder of Crows. Written in Red was all about setting the scene, world building and showing what The Others are capable of. Murder of Crows was more trying to show humans and The Others interacting. One of the reasons I found Written more compelling as well, as I sensed a real danger from The Others. Their worldview of humans wasn't flattering and to be honest, I didn't mind that at all. I wanted them to be this destructive force. Don't get me wrong, they still are, but as we get to know the characters our view of them starts to change and perhaps part of me just liked thinking that The Others were pretty nasty.

So next time your looking for a book, give this series a try, you might be pleasantly surprised. At this stage there are three books planned and possibly a fourth and I can't wait for book 3 to come out March 2015.

Let me know below of any urban fantasy books you have read which have taken a fresh approach to the genre.
﻿
Reviews The Best Books You Aren't Reading Urban Fantasy