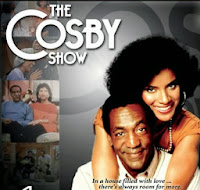 As a child of the 80s, there was no shortage of great TV moms who were role models and fictional examples of what moms should be. For me, none were better than Clair Huxtable of The Cosby Show. For nearly a decade (and for three decades in reruns, Netflix viewings, and DVDs!), Clair Huxtable was the perfect mom, wife, daughter, sister, friend, and career woman. She was everything I aspired to, and the woman I wanted to be when I grew up.

Click through to see just a few of the reasons that I still want to be Clair when I grow up.

Clair Hanks Huxtable can put someone in their place so perfectly, and with so much class, that the unfortunate victim is speechless, knowing that no response will be adequate. This is one of my favorite scenes in any TV show ever.

Clair didn't lose her temper often. She was generally a loving, encouraging, supportive mom. But when one of the Huxtable kids messed up big, Clair was more than capable of letting them know that they had gone too far. Like the night Vanessa sneaked off to Baltimore for "Big Fun". Years later, I can still hear her repeating that phrase in her fury.

Taking a step back from Clair Huxtable for a moment, Phylicia Rashad was a perfect complement for Bill Cosby. She was the consummate straight woman, making his over-the-top physical comedy all the greater for her grounded, low-key performance. Phylicia's Clair was a masterpiece.

Always up to have a good time, to celebrate life, to enjoy the fruits of their hard work, the Huxtables just looked like they were having FUN. Taking joy in the little things was inspiring for me as a little girl, and a wonderful example to follow. And just like Clair, I dance, even if it's just in my own living room.

There were many great TV moms in the 80s, but Clair Huxtable was unquestionably the sassiest. Comfortable in her own skin, she was overflowing with confidence and oozed sass. I love her fun, life-loving attitude.

One of the beautiful things about a woman confident in her own skin is that, while she loves life and appreciates the good things, big and small, she also recognizes when things are not good. In this clip, Cliff has just described a dime-store gift that he couldn't afford when they were very young, and Clair has no hesitation telling him about that "ta-aacky barrette". Of course, the scene is all the more lovely when she pulls out the dime-store gift she really wanted, but her sass about the barrette is hilarious, too.


Clair Huxtable is woman who can do it all, who is good at everything. She is the fictional woman who proved to us that we could do anything, because she excelled everything. I love LOVE that she spoke fluent Spanish, and her singing voice was stunning. Here's she is singing with her father, the song he sang at Cliff and Clair's wedding. Starting at 3:45 on the video, watch, listen. It's beautiful.

One of the best things about Cliff and Clair Huxtable was that, even though they had been together forever, they still loved one another. Deeply, passionately. As a product of divorce, I didn't see a lot (okay, maybe any) married couples who were still in love, who enjoyed being together, who were always respectful and proud of their partner, who were just...still in love. All these years later, their relationship remains an inspiration and an example to aspire to. Here's one of many clips of Cliff and Clair being adorably in love.

Fierce. Even when injured, Clair's sassiness shines through. Her outfit is gorgeous, her hair and makeup are perfect, and though her toe is broken and she's required to wear horrible footwear with her stunning outfit, she makes the most of it, and rocks it! Watch and see why Clair handily wins the Smooth Contest.


Clair Huxtable was one of the best moms in television history. She was an amazing mother and wife, she was brilliant and accomplished in her career. Funny, well-read, with strong convictions, Clair was comfortable in her own skin and reveled in her joy for life. Here's a compilation of some of Clair's greatest moments, showing a montage of reasons why I still want to be her when I grow up.


Do you love Mrs. Huxtable as much as I do, Saucy Reader? Do you have another TV mom who is your role model in life and love? Share with us below!