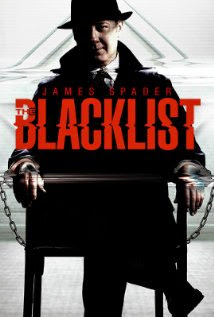 Come with me through the jump and I'll tell you why The Blacklist should be one of your favorite shows, too. 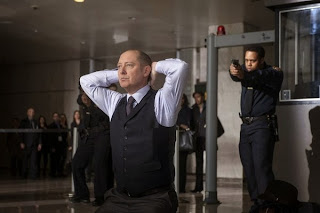 Red is a master criminal, who's been on the FBI most-wanted list for years. In the pilot episode, he inexplicably surrenders to the police. His reasons for doing so are unclear, but he offers to help the FBI nab an international terrorist believed to be dead. The catch? He will only talk to Elizabeth Keen, a rookie FBI profiler. At the end of the episode, he informs the ever-suspicious FBI that he will continue to provide information to help them bring criminals down - criminals so off the radar, the FBI doesn't even know they exist. His "blacklist" will only be shared with Elizabeth Keen. 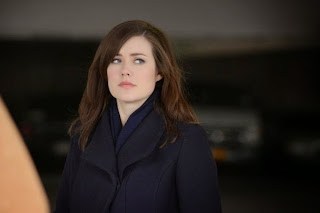 As the season progresses, it becomes apparent that Red has hidden motives. His mysterious connection to Elizabeth Keen, who has no idea who he is and why he asked for her by name, is slowly revealed. We learn that Red and Elizabeth's adoptive father used to be very close friends. There is much still to learn about their relationship, but it is clear that Red has Elizabeth's back, whether she likes it or not. For a while, I thought Red might be her real father, but now I'm not so sure.

Elizabeth is a gifted, but unproven FBI profiler. When Red asks for her by name, she is assigned to the task force but is closely watched by the other profilers. She is torn between trying to navigate Red's dangerous world and life with her new husband, who is anxious to start a family with her. She is frequently unwilling to put up with Red's demands, but keeps getting drawn back into his web. Red makes several vague but sinister comments about her husband, which she initially ignores.

One of Elizabeth's colleagues is Donald Ressler, a veteren field agent. He has been obsessed with Reddington for years, and is not at all pleased that Red insists on dealing with Elizabeth instead of him. His initial suspicions of Elizabeth seem to have changed into a romantic interest (or is that my imagination?). He is a highly competent and straight-as-an-arrow agent, forced to work with Red against his better judgment. In fact, Red saves his life at one point.


One of the most mysterious characters is Tom, Elizabeth's husband. From the start, Tom seems almost too good to be true. A hot schoolteacher with geeky glasses, it becomes apparent that he is not all he pretends to be. I don't want to give spoilers, so I won't go into specific details. At the end of the season, he may have met an unfortunate end (but I don't think so). I hope he'll be back for Season Two, since I think I'm most curious about him. Red has an enemy, Berlin, who is trying to destroy Red and his black-market business empire. Did Red surrender to the FBI in order to bring Berlin down? Are the criminals on his "blacklist" allies of Berlin?

One of the best things about The Blacklist is James Spader. He is an awesome actor. It is clear that he is relishing every moment playing this larger-than-life character. I remember the first time I saw him onscreen, being a scum-sucking douchebag to Andy on Pretty in Pink. Oh, my teenaged hand was itching to slap him silly! 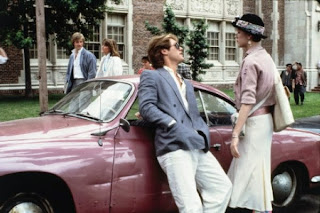 From the fedora to the three-piece-suits to the sunglasses, these props are as much a part of Red's persona as the offbeat stories he tells, right before he issues a chilling threat or shoots someone in the kneecap. Talk about perfect casting! I don't know if this part was written with him in mind, but he totally owns it. He becomes Red.


Did you ever read a book where the plot and/or characters are slowly revealed? Peeled like an onion, if you will? That's what makes The Blacklist so addictive. The characters, their pasts, their motivations - nothing is as it seems. Even Elizabeth, the squeaky clean FBI novice -- what is her story? She doesn't know so many things about her past and her real parents. I have a feeling Red (and Tom, for that matter), know way more than she does. What will happen when she finds out? I have a feeling the show will be flipped upside down when that mystery is revealed. Is Tom her enemy, or is he secretly trying to protect her? (I really hope he isn't dead!)

There is a lot of intrigue and dirty secrets in the world of espionage. Spies, government officials, business leaders work for and against each other for their own purposes. I love not knowing where this show is headed! I hope the writers have lots of surprises in store for Season Two. If you haven't watched the show yet, I highly recommend catching up before the premiere on September 22, 2014.