A Brief Guide to the Immortals After Dark World

Immortals After Dark by Kresley Cole

They live in our world, hidden. Their world is called The Lore.

There are 13 books so far and the 14th is going to be released soon.

I’ve been in love with these books for a long, long time. Some installments more than others but, all in all, I REALLY like them.

After the jump, I'll tell you some of the reasons why and introduce you to the fascinating characters.

Firstly, I love the colourful and versatile world Kresley Cole has created. Her characters are more or less stereotypes full of prejudices and arrogance who have their world shaken up by love. So, in order to preserve that love, they have to overcome their prejudices and discrimination. The interesting thing to read is what happens when most of the characters, who are older than dirt and set in their ways, have to change and compromise with their other halves. And that’s what makes them interesting stories full of action, fun, and passion.

Secondly, her female characters are, in almost all cases, equal to their male counterparts. Equal in strength, intellect, and power. Often even more powerful (like my fave Wicca-type person!) One is even the great mastermind of every book, responsible for many fate-altering plots (my fave character when I’m talking about the whole series, yeah, you guessed it, it’s Nix!!).

Thirdly, Kresley has described many, many drool-worthy men, some sane, some less so, but drool worthy nonetheless.

Furthermore, even though each book is a new story, you soon begin to realize that they are connected in some way (I won’t tell you in what way, LOL). All the stories lead to the Ascension – the great battle between the forces of good and evil. It happens every 500 years, and its sole purpose is for the immortals to kill each other in order to keep their numbers in balance.

Lastly, instead of describing each book in detail, let me share the helpful info from Kresley’s webpage and introduce all of you, our Saucy Readers, to the world of The Lore. Here are the most important beings from The Lore you will come to know (and love).

The Valkyrie < My faves 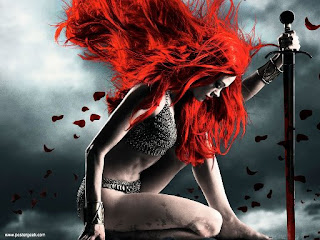 "When a maiden warrior screams for courage as she dies in battle, Wóden and Freya heed her call. The two gods give up lightning to strike her, rescuing her to their hall, and preserving her courage forever in the form of the maiden’s immortal Valkyrie daughter."

"A proud, strapping warrior of the Keltoi People (or Hidden People, later known as Celts) was taken in his prime by a maddened wolf. The warrior rose from the dead, now an immortal, with the spirit of the beast latent within him. He displayed the wolf’s traits: the need for touch, an intense loyalty to its kind, an animal craving for the delights of the flesh. Sometimes the beast rises …"

"In the first chaos of The Lore, a brotherhood of vampires dominated, by relying on their cold nature, worship of logic, and absence of mercy. They sprang from the harsh steppes of Dacia and migrated to Russia, though some say a secret enclave, the Daci, live in Dacia still."

" … his crown stolen, Kristoff, the rightful Horde king, stalked the battlefields of antiquity seeking the strongest, most valiant human warriors as they died, earning him the name of Gravewalker. He offered eternal life in exchange for eternal fealty to him and his growing army."

"The demons are as varied as the bands of man …"

The House of Witches 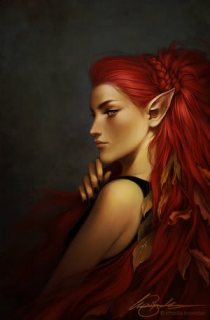 "… immortal possessors of magickal talents, practitioners of good and evil."

So, what do you think? You like? I hope you do because there’s a new one coming out, soon!! The 14th book of the series is called MacRieve and it comes out July 2nd, 2013. Mark your calenders!

Are you ready to see what happens to Ullieam?
(BTW, Nix is in this one and I just can’t wait!!
I have a girl crush on her crazy ass!)