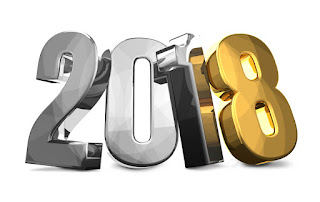 I know, it's crazy right? I have a tentative reading plan for 2018 and the list already comprises 23 books and 2 novellas. Plus, did I mention I'm going back to university next year? Yeah, I need my head examined. I'm blaming this need for a plan on the fact that I've decided that I have to finish the main Malazan Book of the Fallen series next year. Plus, once you throw in a few new releases, the list suddenly starts to pile up.


Series I plan to make headway on.

The biggest ticket in town for me next year is Malazan. The problem is, I'm reading this series as part of the Ultimate Reading Order which actually means it's a combination of two authors and three series. All set within the same world. So when I say I want to get the main series completed, to stick to the order it means I also have to read some of Ian Esselmont's Malazan Empire series. Tricky isn't it? This translates to 4 The Malazan Book of the Fallen by Steven Erikson novels, 4 of Novels of the Malazan Empire and 2 novellas novella. I'm up to the challenge though, and luckily I've coerced an accomplice at Fantasy Buddy Reads on Goodreads along for the ride. Did I mention, we still have to read two novels to round out 2017 and put our plan into action?

A Song of Ice and Fire by George R.R. Martin

Yes! I'm doing a reread in 2018 of four books from the series. It's been a while since I've sat down with my one of my all time favourite series and I'm really looking forward to diving in once again. There was this land called Westeros that first captured my imagination in 1996 and it's never left me. Rereading the series is like revisiting and old friend you haven't seen for a while. I can't wait to immerse myself once again in this world I've loved for so long. For the first time I'm going to try a combined reading of A Feast for Crows and A Dance with Dragons to try to keep the timeline of events in line. Wish me luck!

A Song of Ice and Fire Reading Plan 2018

Wrath (The Faithful and the Fallen #4) by John Gwynne

The Faithful and the Fallen was a new to me series in 2017 and I'm looking forward to seeing how Gwynne concludes the story for our characters. The final book in the series is sure to be stunning. After all, Gwynne hasn't been afraid to kill off a character or ten.

Grave Ransom was a planned read in 2017, but Amazon Australia seems to only be releasing this in my region of the world in 2018! It was out July 2017, so very odd. Alex Craft was one of my favourite urban fantasy discoveries in 2015/2016 and I can't wait to see how Alex handles her new roommate and boyfriend. I actually don't mind the love triangle in the series. Hopefully that gets resolved soon.

Skullsworn (Chronicle of the Unhewn Throne 0.5) by Brian Staveley

How awesome was it that Brian Staveley produced a standalone book about Pyrre? She was one of my favourite characters in the main series. So kick ass and deadly! The main series was fascinating and I'm sure this one will be too.

Standalone books I plan to tackle.

It's the oldest book on my To be Read (TBR) list and it has to be read. I make a point of trying each year to ensure I read the oldest book on my list. Though, this idea gets screwed if Winds of Winter by George R.R. Martin doesn't come out in 2019. It's always the size of Middlemarch that seems to put me off taking the plunge and starting the book.  I shouldn't be afraid, after all I've been reading Malazan this year and they are whoopers. That being said, I had actually hoped to start this one in 2017. Not happening.

Guns of the Dawn by Adrian Tchaikovsky

Guns of Dawn was a buddy read I missed out on in 2017. Yes, I signed up for way more buddy reads, then is human possible to accomplish. It's a problem in recent month's I've been trying to rectify. Anyway, some people, who I greatly respect their reading taste, have raved about this book. Translation - I have to read it soon!

New series I plan to give a whirl.

2-3-4 Challenge series read. The first book has been on my TBR for a while and given my love of historical mysteries, this one is sure to be a winner.

I was fortunate enough to pick the first Book of the Month for January 2018 on Fantasy Buddy Reads on Goodreads and this was my pick. I've been loving Ryan's Draconis Memoria series and this one is sure to be a winner for me as well.

An author I keep meaning to try and 2018 is providing that chance via a buddy read. Fingers crossed I love my first Vincent book!

2017 has been a revelation for me. I've discovered I love contemporary mystery books set in the USA. I have thoroughly enjoyed the Cork O'Connor series by William Kent Krueger and once I finish that series, I'm going to try my first Walt Longmire.

Lord of the Silver Bow (Troy #1) by David Gemmell

Historical fiction, another genre I love. So this is my pick to try in 2018. The book has come to be highly recommended, so let's see if it lives up to the hype.

Wench Kathi read this series in 2017 and it really sounded like something I wouldn't normally read. I always like to look at a couple of books in a year that I wouldn't select for myself and give them a go. This one might be just the ticket.

Why Kill the Innocent (Sebastian St. Cyr #13) by C.S. Harris

April, is one of my favourite book months of the year as a new Sebastian St. Cyr book is released. After 12 books, the series hasn't got stale for me and I can't wait to see what is install next for Sebastian. The mysteries always make me rack my brain to try to discover who the culprit is.

Only one new release you might try, but I'm leaving this open. There are a couple of other new releases I might read if they appear in 2018.

2018 is looking like another jam packed year and there is plenty of variety to look forward to. The big plan is to make a ton of headway on the Malazan books and when the end of October comes around, I'm hoping to be able to say I've finished Malazan Book of the Fallen. I can't wait to dive back into A Song of Ice and Fire either. It's been a while and I'm sure my old friend won't disappoint.

What books do you have planned for 2018?