When the Author Speaks, We Listen 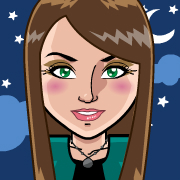 
On Tuesday, October 30, 2012 (official release day of Iced ), Barb and I were in the lovely Le Pavillon hotel in New Orleans, sitting in front row seats, listening to Karen Marie Moning answer questions from her dedicated fans. It was an exciting event to end our amazing weekend.


Having received Iced just the night before, the majority of the guests had read only the first few chapters (and no spoilers allowed from those who spent the night reading), so most questions about the new book were very general, and quite a few she didn’t even answer, not wanting to give anything away.

Read on to find out if Ms. Moning answered your burning questions. Or if she artfully ducked them. This is not a transcript of the discussion, but my impressions, based on what I remember.

KMM is a kind, caring, funny, smart and totally bad-ass woman, much like Dani O’Malley is, which is why it’s no surprise that when asked who her favorite character to write is, she answered, without any hesitation, “Dani.”

She addressed, again, the concerns of those who were uncomfortable with the 14-year-old’s perspective/young adult novel/sex issue. She asked us, isn’t that time in a young woman’s life so exciting, the awakening such an important part of growing up? But also it comes down to trusting her, I think, to know exactly what she is doing. She is not a pervert, people! She knows 14-year-olds shouldn’t be having sex, but she does know they think about it and are growing into the person they will become. But aside from the issue of age-appropriateness, there’s the fact that Dani is an assassin. She kills Fae, and has been doing so for five years already. Ms. Moning expressed the idea that it’s pretty hypocritical in our culture that it’s okay for Dani to kill, but not to have sex. We think that’s a pretty messed-up worldview, too.


When asked what we should call Dani’s trilogy, Ms. Moning said, “Remember how I said that the Fever series was 5 books? Well, it’s actually 10.” We can officially call Iced part of the Fever series. Books 7 and 8 will also be from Dani’s POV, and books 9 and 10 will be back to Mac and Barrons.


One of my favorite things she told us was that sometimes, during writing, she cracks herself up. Sometimes so much that she knows she needs to go back and change what she just wrote. There are a couple of times in Iced when I can imagine her laughing while writing… Dude.


There were some general writing questions from the audience, which she addressed. For example she said if she’s ever blocked she knows it’s because whatever she just wrote is wrong, that she has taken the story in the wrong direction and needs to change it. To let the characters tell the story.
Her favorite book series is Dune by Frank Herbert, the source of her favorite quote, which is unsurprisingly deep, much like her own writing can be:

“I must not fear. Fear is the mind-killer. Fear is the little-death that brings total obliteration. I will face my fear. I will permit it to pass over me and through me. And when it has gone past I will turn the inner eye to see its path. Where the fear has gone there will be nothing. Only I will remain.”

It's clear that this idea influenced one of the guiding messages in the Fever series: Hope Strengthens, Fear Kills.

Our own Barb asked if KMM ever studied philosophy, since much of her writing is so inspiring and resonant to how we should live our lives, and she said that yes, she did take philosophy, and in fact has nearly enough credits for a philosophy degree. She finds philosophy and the human condition fascinating, and change and development in characters intriguing. One of her favorite things about writing is taking her characters on transformative journeys, and Mac and Dani are clearly on heroes’ journeys.


She also noted how she loves to change the POV and take the reader out of the story at times, that sometimes it’s necessary, even, to give herself a break. When Mac was grieving, KMM was so upset, right along with Mac, and “it went on and on!” She would have to walk away and come back. She likes to do that in her writing as well.


When asked if we’d ever see a story from the Unseelie King’s POV, she answered, “would you rather read about the Unseelie King or Barrons?” We all know what the answer to that one was! There was a chorus of “Barrons” from around the room!

She was also asked about the rest of the Nine. Who’s in charge, Barrons or Ryodan? I don’t remember a definitive answer, but got the feeling that it’s not just because we’re seeing different points-of-view, that it does actually change for them. Almost like they take turns leading. We will see more from the others of the 9 but not all, since she said she couldn’t get a full feel for each of them. One “man” in particular absolutely refuses to talk to her.


Some other interesting questions and points made:

Since she is not actively writing Burned, it does not have a release date yet, but she knows what she wants to write and the arc of the rest of the series. I think she’ll get back to writing it as soon as the Iced promotion settles down. She said that she will keep writing until the day she dies. So, while it might be longer than a year for the next book, I don’t think she’ll make us wait too much longer.


So followers, did she answer your burning question? Are you happy with the answers, or a little apprehensive? I know one of her answers will probably make a certain Wench a bit squirmy! I might have forgotten a question or two, so what would you like to ask KMM if given the chance? Share your thoughts below.
Fever Iced Karen Marie Moning Wench Favorites